My plans for the day 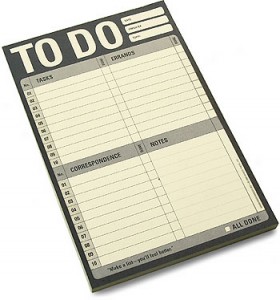 This was my plan for the day.

Wake up early. And I mean really early to get to Irvine for the Mike Scioscia/Mark Trumbo signing event. I wasn't going because of Scioscia. It was to get a couple of items signed from the Angels rookie Trumbo.

I did wake up early. But it was because I was feeding my baby. Then I went back to sleep and when I woke up I noticed it was 8:30 a.m. Too late to get there. Plus I was getting messages that hundreds of fans were already in line. Hopefully everyone had a good time. Let me know how it went!

The next plan was to leave the house at 10:30 a.m. and drive to Dodger Stadium to check out the boycott rally. I wanted to shoot pictures and blog about it.

I couldn't do that either! The baby decides to stay awake. So I missed that too. Luckily, I did not miss the Frank Howard/Bill Singer signing event at Frank & Son. I did go to that. I'll post a recap later tonight.

Another thing that I missed was the game. I only caught the last two innings. Nice to see the Dodgers pitching well. That's three straight shutouts. But what's up with the offense?

I'll have more tonight.
Posted by Roberto Baly at 6:30 PM

I went to the Scioscia / Trumbo event. The line was incredibly long by the time I got there around 8:15. By 10, when it started, the line was around the Marketplace complex. They were only letting 30 people into the store at a time, so the line moved in chunks.

Scioscia and Trumbo were both pleasant and tried to be personable with everyone - talking and taking pictures - which was nice even if it meant that the line moved slowly.

Unfortunately, I don't think it was well organized. Several people went through the line repeatedly, each time returning back and joining their "buddies" in line again. Most of the things they were getting signed were professional prints and posters - obviously for e-bay. This was a bummer because there were so many kids in line (and me) who just wanted a ball or hat signed. Although there were no major altercations, it was clear that there was no crowd control.

Occasionally a Howard's employee walked down the line handing out bottles of water.

I was lucky. I was right at the entrance to the store at 12, when it technically ended, but I guess both Scioscia and Trumbo stayed a little later to try to get through as many people as possible. When I was driving away at 12:30, there were still at least 200 people in line.

They were also giving away Angels sock-monkey toys, for what it's worth.

Glad you were able to meet them! When it's someone like Scioscia, you need to get there early!

As far as the eBay sellers...I'm already used to that. It's just a shame that these places can't provide a better method to make sure no one is cutting. But I'm glad they stayed a little longer.

Thanks for the report Andrew!

I was in line just before Andrew, and saw someone cut back in line to go in again. They could have avoided this with wristbands. Easy solution. and although I took pics myself, photos take up time too, and when we left the line was still all the way back to where we were when we started at 8 am. Mike was our interest, as my hubby has an 1988 Dodgers World Series commemorative bat he is seeking autographs on.

i was there as well unfortunately i was one of those that got there and did not get an autograph it was 12:30 by the time i got to the door and my group of 30 was next and he left right before they let us in the door :( it was my first time at an autograph signing so i learned my lesson the hard way, all i wanted was a ball signed...lol oh well i guess i now know to get there at the crack of dawn... there were alot of kids though like Andrew mentioned alot with small bats and balls and other items.