I decided to send a message to the person that shot this picture. He was kind enough to reply.


A Giant paper-mache Tommy Lasorda menacing visitors to the Baseball Cafe. Shot in Tokyo, Japan, on 07/03/11.


It is in a restaurant called the "Baseball Cafe" (think Hard Rock for MLB baseball), located in Tokyo Dome City. Tokyo Dome City is the shopping and entertainment district in Tokyo around the Big Egg (Tokyo Dome Stadium), home to the Tokyo Yomiuri Giants (the most popular team in Japan) and the Japanese Baseball Hall of Fame.
I have some more pictures of the Baseball Cafe in the same set as that Lasorda picture you saw. It is a combo of real and imitation baseball memorabilia, and the biggest thing is obviously that giant paper mache Lasorda that sits over the "ticket office" (cashier). There is apparently some controversy over it, as there was a letter posted underneath it from the artist saying he had Lasorda's permission to display it in the restaurant.
{linked here} 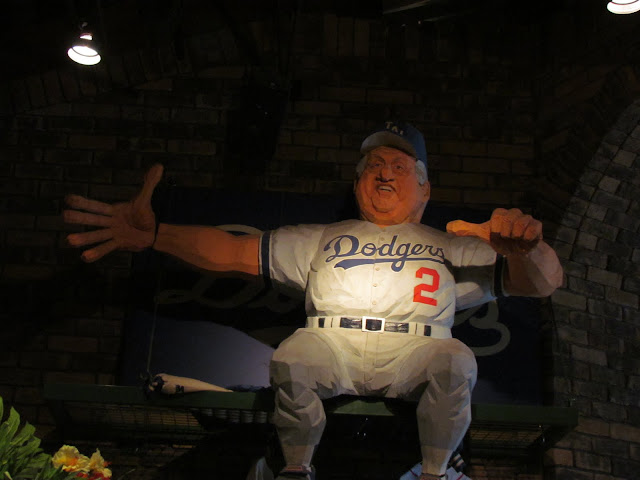 Hilarious! I want to go visit!