Those people in Hollywood can care less about what we have to say. Ana Martinez felt the pressure of receiving thousands of e-mails and phone calls. So she tried to convince us that everything was alright with the Vin Scully Hollywood Star. She took a walk yesterday morning and removed the red carpet and took this picture. {linked here} And said "Everything is fine, look!"

I bet if this was the Tom Cruise star, it would be all over the news.

I received the following e-mail from Dee. She went this morning to see the star and wanted to clean it up since she noticed the star looked dirty. To her surprise, she sees the following....

The star is cracked! And they are not done with cleaning the area like Ana Martinez said! 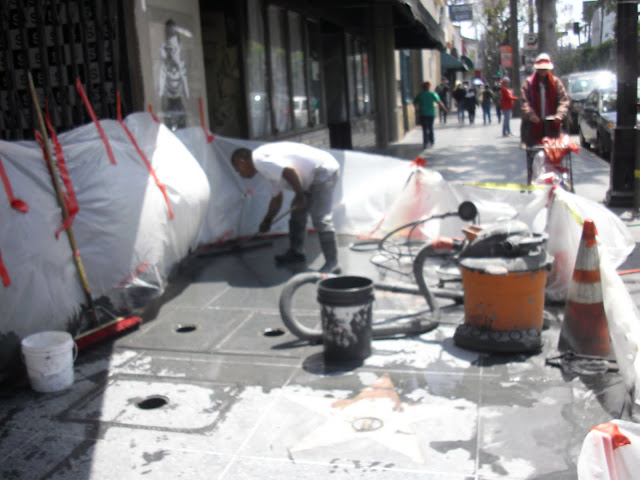 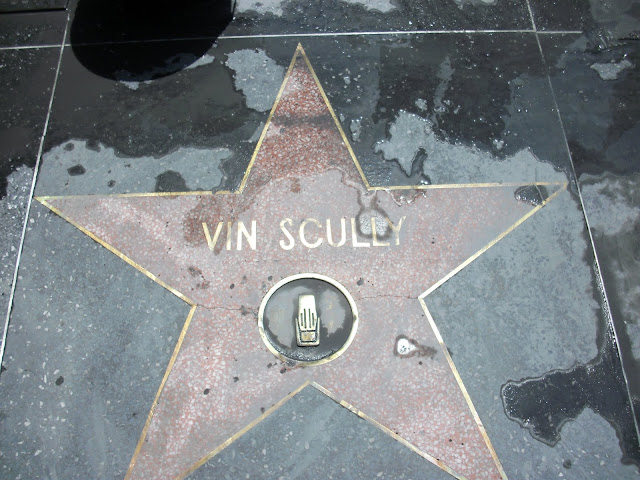 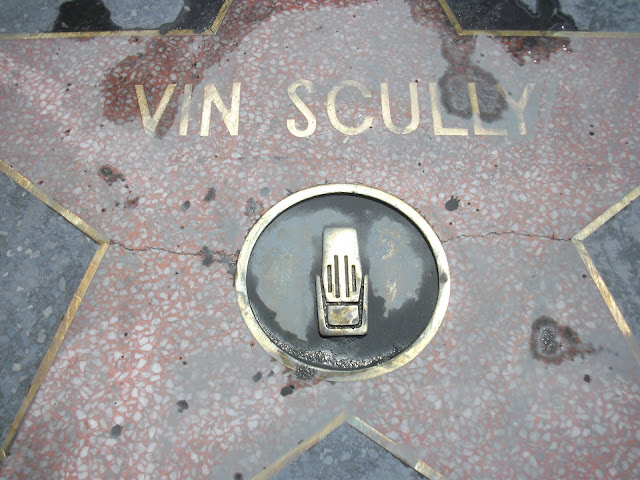 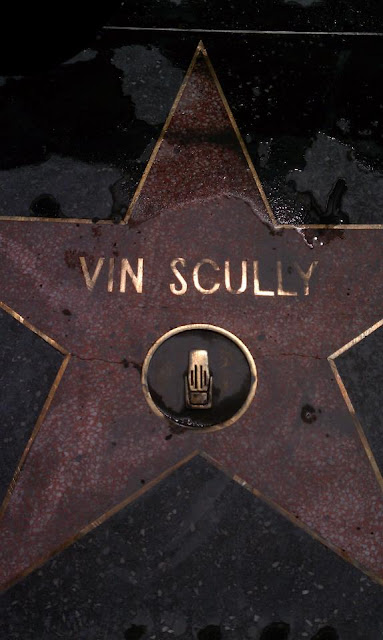 I wonder what excuse Ana Martinez will be using now? Or maybe she will attack me again via e-mail?

In the meantime, do the following!

Thanks to Dee and Ernest for the pictures.
Posted by Roberto Baly at 2:30 PM

Roberto, great work as always.
That twitter link goes nowhere. Can you fix it so we can give this woman a piece of our mind?

Weird. Works for me.

Just so all bases are covered, do we know it wasn't already damaged before, or was this a result of recent work around the area? Cause a lot of those stars have been damaged for a long time.

Roberto, is there a way that we can get the media involved so Ana can really see the love we have for the Dodgers and our beloved Vin Scully? I want to contact Fox 11, KCAL 9, KTLA 5, KABC 7, etc.etc.etc....

Man I'm all for this (and other stars) being repaired, but I'm gonna have to level with ya: looking at both those pics, I believe it was already cracked. The yesterday pic was dry, so you can't quite make out the same cracks that are visible in the today pic where it is wet. Look at where the obvious cracks are from today, where they start - now look at the previous pic and you can see them already in existence, but just not clearly defined because they aren't brought to light by moisture and because of the light.

Let's constructively help bring attention to needed repair for Vin's star (and for other stars also needing repair) in order to pay tribute to those who received the stars and continue to provide a unique tourist attraction. And there's a way to do that. But let's try to be fair about it...

Hey Roberto, did you notice the new press release on Hollywood Chamber of Commerce website? Check it out!!

Thank you for your concern and I am glad to see that so many people care about this landmark.