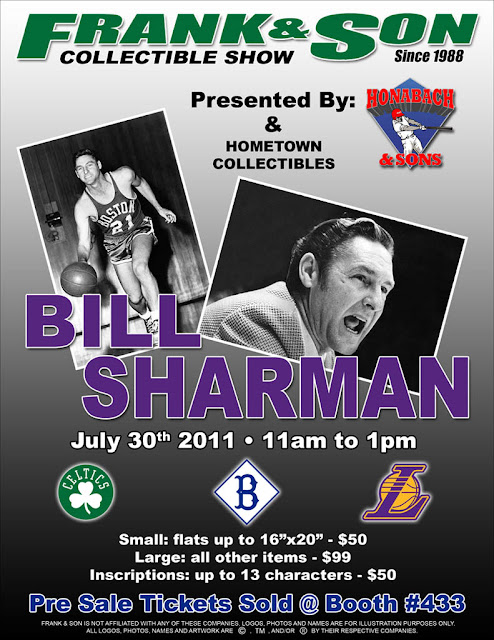 "Bill Sharman is a Basketball player! Why are you posting this?"

Sharman was in the Brooklyn Dodgers for many years. From Baseball Reference {linked here}

He started his career with the 1950 Pueblo Dodgers and hit .288/~.353/.454 as an outfielder and was promoted to the Eastern League; he drove in 11 runs in 10 games for the Elmira Pioneers, hitting .289/~.289/.553.In 1951, Sharman spent the season with the AA Fort Worth Cats, hitting .286/~.351/.377, scoring 84 runs and stealing 23 bases while splitting his time between center field and left field. Late in the year he was promoted to the Brooklyn Dodgers but never played in a game. He became the only player to be ejected from a Major League Baseball game without playing in one when umpire Frank Dascoli ejected the Dodgers bench for arguing with a call at home plate on September 27.
Posted by Roberto Baly at 4:30 PM