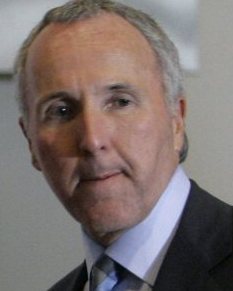 Bob Nightengale with the big news.

Los Angeles Dodgers owner Frank McCourt will meet his club's June 15 payroll obligations, according to a baseball official with knowledge of the situation, but not authorized to speak publicly on it.McCourt was also in danger of missing his club's previous obligation at the end of May, according to the Los Angeles Times and The Associated Press, which could have compelled Major League Baseball to seize the club and place it for sale. McCourt will still maintain possession of the club through a June 22 Los Angeles Superior Court hearing. At that hearing, he will ask for a ruling that his ex-wife, Jamie, cannot challenge a proposed long-term television contract with Fox that McCourt claims would put the club on solid financial footing.MLB is also conducting an investigation into the Dodgers' finances, which have been in disarray in the wake of the McCourts' divorce battle.

Very sad. More delays in pushing Frank out the door. What a piece of crap he is.