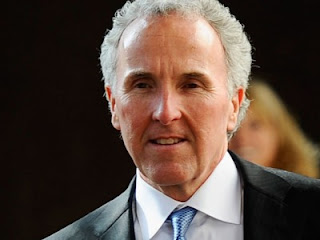 
Dodgers owner Frank McCourt can use the financing he obtained this week to pay the team's immediate bills, attorneys for the Dodgers and Major League Baseball agreed Tuesday.The U.S. bankruptcy court scheduled a July 20 hearing at which MLB can ask to replace McCourt's financing with money furnished by the league.When the Dodgers filed for bankruptcy on Monday, McCourt said he had obtained a $150-million loan to cover the team's expenses during the proceedings and remain in control of the team for now. That loan carried an interest rate of at least 10% and a $4.5-million fee.On Tuesday, MLB proposed its own financing, with an interest rate of 7% and no fee.

I don't even get mad anymore. I just laugh. I'd like to think good times are ahead.
Posted by Roberto Baly at 3:30 PM