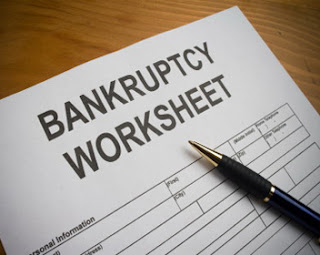 What? You thought Frank McCourt was going to go away that easily? Nop. Richard Sandomir of the New York Times is reporting that the Dodgers have filed for bankruptcy. {linked here}


According to reports, Frank McCourt does not have the money to pay the June 30 payroll.

Craig Calcaterra of HardballTalk has a quick post on this. {linked here}

Obviously the situation is fluid, and more details will stream in as the morning and day progresses, but for the time being, this could buy McCourt some time, with the bankruptcy filing putting a halt on all action with respect to the bankruptcy estate (i.e. the Dodgers).  At the very least, McCourt will certainly argue that this will prevent a takeover from Major League Baseball.The problem, however, is that the kind of bankruptcy the Dodgers have certainly filed is designed to reorganize the financial house.  Frank McCourt, however, does not have a plan to do such a thing or else he would have already done it.  The filing isn’t yet circulating, but my guess is that he’s going to ask the court to order that the Fox TV deal be executed — assuming Fox wants to still do it, which it has been reported it may not — thereby providing funding.The problem, of course, is that the bankruptcy court won’t approve of anything that is not seen as in the best interests of the Dodgers, and it’s obvious that Major League Baseball and others would come in and make a strong case that the Fox deal is disastrous. If McCourt can do no better, the court may very well order a sale of the team.So time has been bought. A little anyway. The end game for Frank McCourt, however, doesn’t look all that better than it did before.

Big story!
Posted by Roberto Baly at 5:54 AM