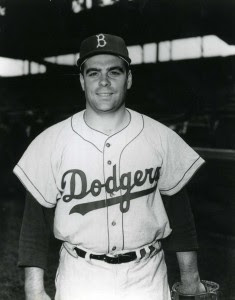 Canadian Baseball Hall of Famer and former Brooklyn Dodger and Los Angeles Dodger, Billy Harris, has passed away at the age of 80.

Harris' best seasons were with the Montreal Royals where he won 11, 16, 14 and 12 games, with his 16-10 in 1957 (3.44 ERA) his best. . .The 5-foot-7, 175-pound Harris' most disappointing season was 1958. After a great spring training, it appeared he finally had made the Dodgers. Pee Wee Reese (the Dodger captain) told Harris, 27, that it looked real good and he would be included on the Dodger staff that included Jonnny Podres, Carl Erskin, Clem Labine, Don Bessent, Ed Roebuck, Sandy Koufax and Don Newcombe. It didn't happen. He, however, hurled a 2-0 shutout as the Montreal Royals clinched the International League championship - winning three playoff games as the Royals gained a berth in the Little League World Series, which the Royals lost to Minneapolis Millers, of the American Association 4-0. Harris lost the opener when Millers' player-coach Gene Mauch squeezed home the winning run. . .Harris' top salary was $17,500 in 1959... "Billy would have been a big winner in today's game," said former Major League manager and Baseball Hall of Famer Sparky Anderson. . .Harris has been inducted into at least six sports shrines, including the Canadian Baseball one; New Brunswick, Moncton, Dieppe, Sackville (individually and with the Sackville Eagles hockey team), Washington State.
Posted by Roberto Baly at 6:30 PM