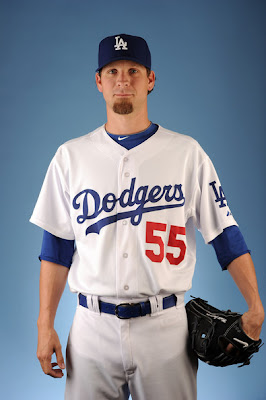 From a Dodgers press release:

LOS ANGELES – Dodger reliever Matt Guerrier has made a donation of $25,000 to benefit the Salvation Army’s tornado relief fund, the team announced today. In addition, Guerrier has donated $10,000 to the Dodgers Dream Foundation to help provide educational, athletic and recreational opportunities for the youth of Los Angeles, as he seeks to make a difference in the communities in which he lives.

“This tragedy hit close to home and so many people lost so much,” said Guerrier, who makes his home in Birmingham, AL. “I’m just trying to do what I can to help out where it’s needed.”

Guerrier joined the Dodgers during the offseason, signing a three-year contract following seven seasons with the Minnesota Twins. He earned his first save of the season last night and has posted a 3.22 ERA in 21 games for the Dodgers. Since the start of the 2007 season, Guerrier ranks second in games pitched among all Major Leaguers with 323 behind only Pedro Feliciano (344).

Earlier this month, Guerrier’s teammate Lance Cormier, a resident of Tuscaloosa, AL spearheaded a fundraiser for the team that raised close to $10,000 for the relief efforts. Cormier, Guerrier and their teammates signed autographs at two different autograph sessions while the team collected donations in-stadium and encouraged fans to donate via text to the Salvation Army.
Posted by Roberto Baly at 7:30 AM