Macy's - "Dodgers suck. We're trying to get rid of these clothes" 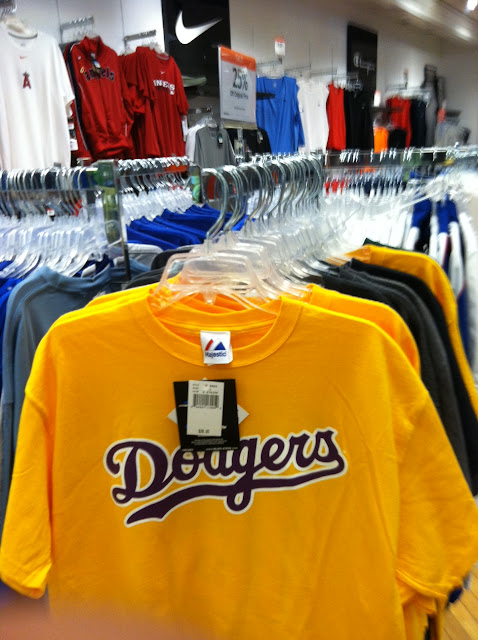 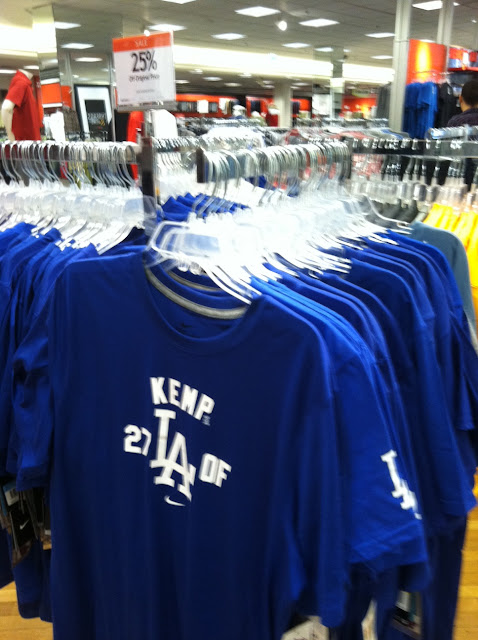 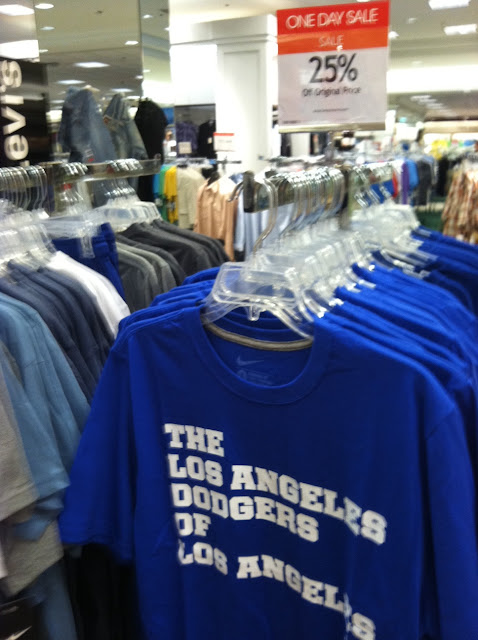 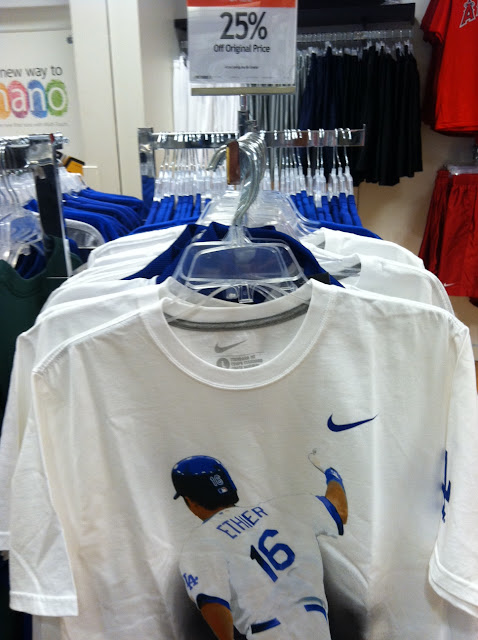 Funny. I didn't purchase any of those shirts, except the Andre Ethier one. I just didn't like them. Okay maybe the 3rd shirt is funny just because it's a shot at the Los Angeles/Anaheim/Orange County/California Angels.

Macy's had many Angels items but I didn't see any "Sale" signs around those racks.

I had to go on a shopping spree last Saturday. Let me explain. Most of my shirts don't fit me anymore. My weight on January, 2010 was 114 pounds. I was going through something hard to explain so I won't even try to explain what was going on but I was in bad shape. {linked here}

Of course, that's not my normal weight. I'm usually around 135 pounds.

My doctor told me I had to get into a "Fat Diet" after being released from the hospital. {linked here}

I didn't really get into a "Fat Diet". I just ate like a normal person. But then I started to eat like a madman after I found out my wife was pregnant last September. I thought it was the women that gets the cravings? It wasn't like that at all. She didn't get that much cravings. I was the one with the cravings! By December, I was around 150 pounds. On Opening Day, I weighed 161 pounds. I'm currently at 152 pounds.

As an adult, I've always used medium shirts. I've never bought a large shirt before. I've come to realize medium shirts don't fit me anymore because of my extra weight. But don't take it that I'm this big dude. I don't even feel fat. I actually feel great.

I decided to go get new clothes and get a gift for Mother's day.

We go to the mall and since we parked next to Macy's, we decided to enter through Macy's.

I pick up a couple of shirts and then noticed a sports section. Mostly Lakers stuff. I noticed a couple of Dodgers racks and a employee said "We're trying to get rid of these clothes". Oh "Dodgers suck?" I say and he says "Oh yeah".

Like I mentioned, I didn't purchase any of those except the last one.

This is what I purchased. I talked about this shirt before. {linked here} I believe it goes for $27 at Dodger Stadium.

I think I'm giving this shirt away or return it for something else. What was I thinking? It's too much attention I think.

So I got that one. Yeah, Large size. But I'll lose the weight over the summer. They also had a Matt Kemp shirt like this one. I decided to go with Kershaw. Nike Track Jacket. But this one wasn't large! See, I'm not that big. This was medium. The large one was just too big. Original Price $65 Macy's Price $43.75

I've talked about this Nike Track Jacket before too.... {linked here} You see, it's not that bad that the Dodgers are struggling! We're getting perks like this!