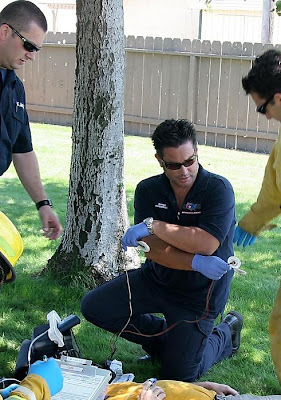 Family and friends have set up a blog to give fans a update on Bryan Stow. At the blog, you can also donate via paypal. {linked here}

The news is not looking good for Stow. From SF Chronicle {linked here}


Bryan Stow saved many lives as a Santa Clara County paramedic. Now, the life he's fighting for is his own.


Stow, the San Francisco Giants fan who was severely beaten by Dodgers fans after an Opening Day game Thursday in Los Angeles, was in a medically induced coma Sunday as family, friends and doctors waited to see the extent of his brain injury.


A day earlier, doctors removed a portion of the Santa Cruz resident's skull to reduce swelling.
"All he did was go to a baseball game," said his friend and co-worker, paramedic Samantha Tennison, also of Santa Cruz. "It is such a loss. This doesn't just affect him. It affects all the people who he won't be able to care for."

This makes me sick. According to the SF Chronicle, Stow is at USC Medical Center. More -


Stow, 42, and two friends went to Dodger Stadium on Thursday night to cheer for the Giants, who lost 2-1. As Stow and his friends were leaving the stadium, Stow was taunted and attacked by two men wearing Dodgers gear, Los Angeles police said.


They punched Stow in the back of his head, and after he fell to the pavement, they kicked him for about 15 seconds - continuing even after Stow lost consciousness, police said.
Stow was in critical condition Sunday at Los Angeles County-USC Medical Center, a hospital spokeswoman said.


And here are the sketches of the two suspects. Police is describing the suspects as two Latino men, in their 20s. {linked here} 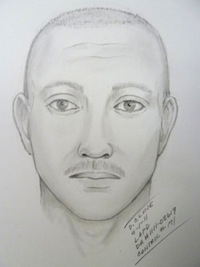 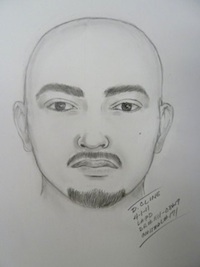 Contact LAPD right away if you can identify these two suspects.

I've been reading the comments from different newspapers on this matter and it saddens me to read what everyone thinks about Dodger fans. Please lets remember that not all Dodger fans are like these two idiots. I'm a Hispanic and most likely the same age as these suspects but you can't just say that every single Dodger fan is a "thug" and a "gang-banger". There are millions of great Dodger fans that would never do this and I'm sorry that this happened. I'm also sure that these suspects are not true Dodger fans. They are criminals that only go to the games to cause trouble. Every fan has a right to enjoy a night at the ballpark.

My prayers are with Bryan Stow and his family.
Posted by Roberto Baly at 9:30 AM