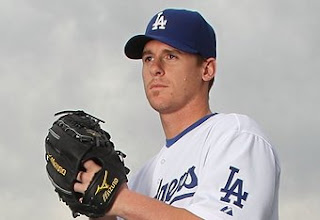 This is unconfirmed. The Dodgers have signed Chad Billingsley to a three year, $30 million contract. This is being reported by Joe McDonnell of Fox Sports. No link as of yet. Story is developing.

It's weird that the Dodgers and Billingsley agree to this type of contract now. They agreed to a contract last January 18 to a one year $6.275 contract. I'm assuming this new contract is for 2012 through 2014 since he is already signed for 2011.