If Fernando Valenzuela has an opportunity to pitch, he'll do it. He still loves pitching. His passion has not ended. Valenzuela was invited last week to pitch in a All-Star game in Yucatan, Mexico.

The Yucatan Leones is a AAA-level baseball team playing in the Mexican Summer League.
According to a Yucatan newspaper, Valenzuela pitched to his son, Fernando Valenzuela Jr and the younger Valenzuela grounded out.
All of this happened last week. Pictures - All from Yucatan.com.mx {linked here} 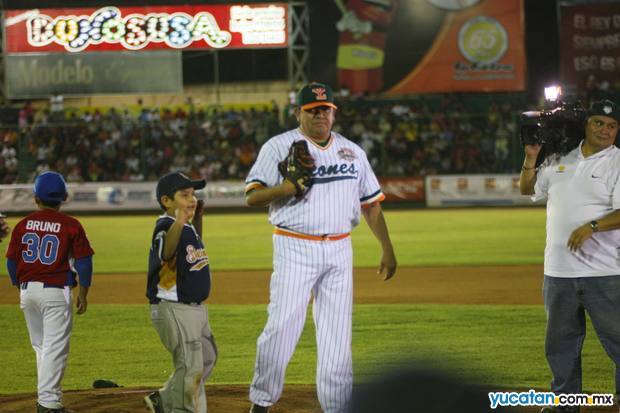 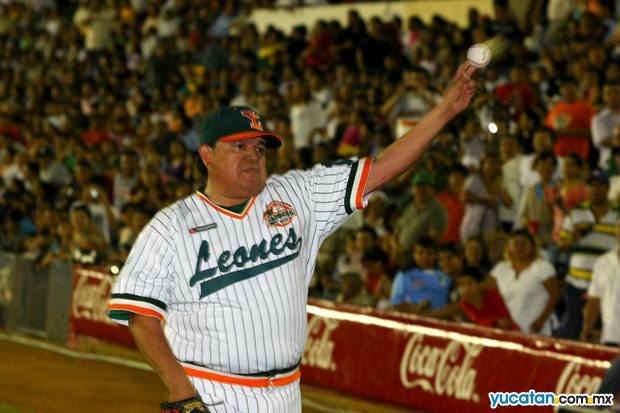 This is where Valenzuela points at his son and tells him he's going to get out. 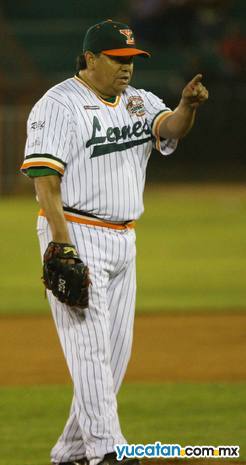 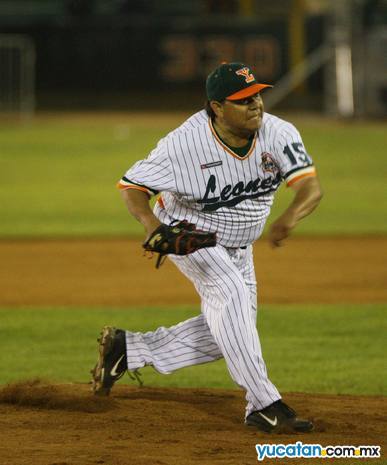 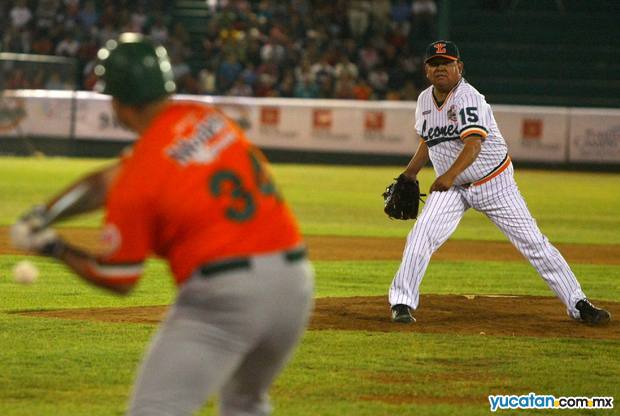 Who agrees that Valenzuela might do a better job than what Ramon Troncoso is doing in spring training? :)

Valenzuela has retired from pitching in the Mexican winter leagues. But it wasn't too long ago that Valenzuela was still bringing fans to the park.

Let me share a short story. November, 2005. Valenzuela was pitching for the Mexicali Aguilas. It's a Mexican winter league team. I found out a couple of days before that he was going to pitch. I decided to take my wife and make the short drive (Only 3 hours) to Mexicali. We arrived and bought tickets. The game was awesome. I thought Dodger Stadium brought passionate fans but I can't compare. The fans were cheering throughout the game that it was getting annoying. They were so pumped.

I have pictures of this game. Let me look for the cd and I'll post them. I have also seen Valenzuela pitch in Hermosillo, Sonora. I believe that was a playoff game in 2004. Sold out game.

Another short story. After that Mexicali game, we headed back home. This was a night game so we knew we were going get back late but we didn't mind. Luckily, not many cars were in the border. As we crossed the border, the immigration officer asks how long we were in Mexicali and why we went. I tell him we went only for a few hours to see a baseball game.

I should have never said that. He looks at me weird and says "A baseball game? And you're coming from L.A.?"

The detection dogs come over to my car and starts smelling it. What a nightmare. Yes I know it's a bit weird to drive over to Mexicali just to see a game but I'm innocent! :)
Posted by Roberto Baly at 10:00 AM