Hello Roberto,
I work near Hoover/Pico blvd in Los Angeles and this billboard is up. It's mostly a Central American/Mexican community. It's not a "It's time for" billboard but otherwise still cool. A promotional ad for the new Spanish Radio home of the Dodgers. It's on at 1020am now. Jaime Jarrin, Fernando Valenzuela and Pepe Yñiguez!
Thank you, 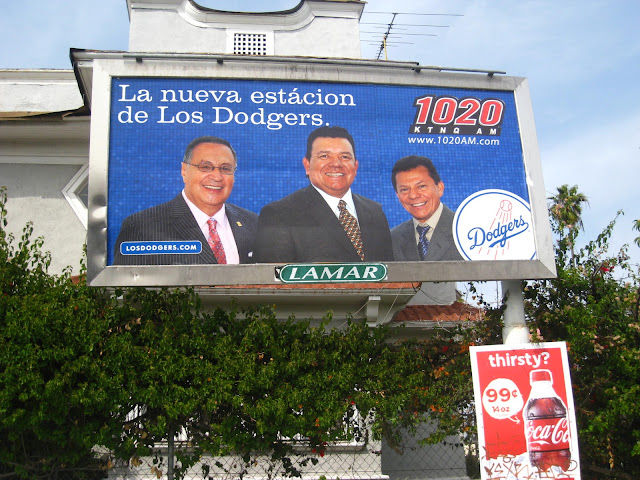 Thanks Marcos! I don't know what Pepe is doing in L.A. The guy does a great job and I really feel he can be the #1 Spanish broadcaster for any other team. Hispanics are lucky to have him and Hall of Famer Jaime Jarrin.

Well I feel he's too shy to say what he truly feels. Maybe I'm wrong since I don't listen to them that much but whenever I'm driving with my dad, I'll put it on and Valenzuela is hesitant to talk. In my opinion, I feel like he's doing it because it's a job. But with Jaime Jarrin or any other broadcaster like Vin Scully, you can tell they are having fun.


It's time for calling in sick {linked here}