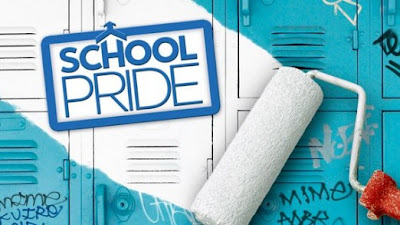 They should visit the L.A. school where my wife is teaching. Anyone want to donate a shiny new overhead projector!? :) It would make her life a bit easier.

Josh Rawitch over at Inside The Dodgers has notified us that Andre Ethier, James Loney and Joe Torre makes an appearance on the tv show titled "School Pride". {linked here}


If you haven't yet seen School Pride on NBC, be sure to tune in tomorrow night. Among the Dodgers who came out to speak to the kids were Andre Ethier, James Loney and Joe Torre.
It's on at 8 p.m. (7 central time) and the filming of this episode was among the more rewarding things we did this year.

So what's this show about? Check out this clip from NBC.

Actress Cheryl Hines goes behind the camera to produce a makeover show aimed at LA's inner-city schools. She hopes the idea, which involves community volunteers, catches on.

Big thanks to Josh for the news! I'm looking forward to see it.