Jackie Robinson statue: He is pretty heavily damaged right now.  I did an appearance at the Washington Nationals Stadium for their fairly lame "Jackie Robinson Day" on April 16, 2010.  The statue was tackled and damaged and you can see photos here: 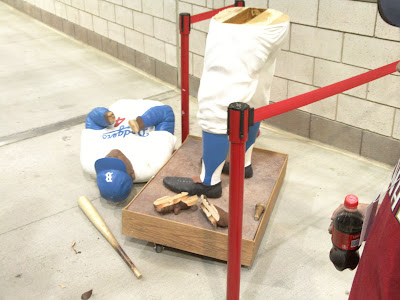 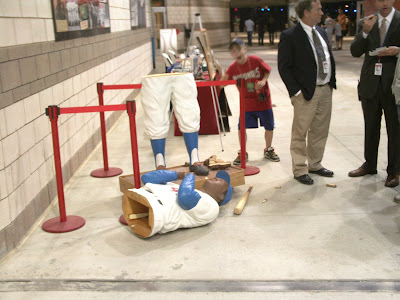 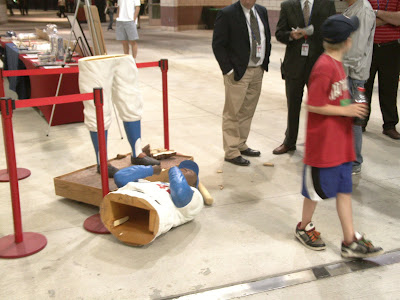 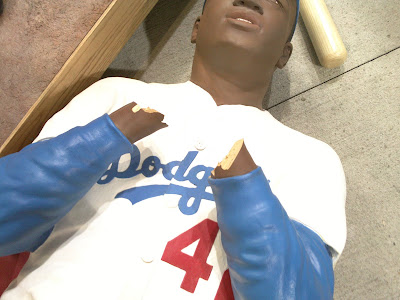 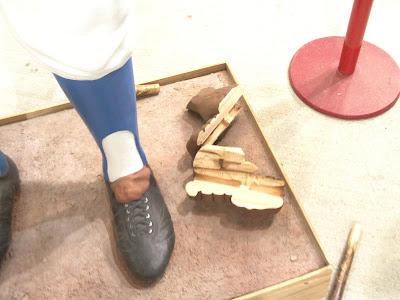 The Nationals couldn't hustle me out the door fast enough!~  The Nationals official who turned up kept saying, "...people are taking pictures, get him out of here!"  They offered me a t-shirt for my trouble of driving the statue down from NJ at my own expense and having several thousand dollars worth of damage done to it!  When I tried to contact their legal department about their blanket insurance policy possibly covering my damage, I was totally ignored, until I contacted Marla Lerner-Tannenbaum, who had to lean on her legal people to at least call me back.  I've since given up trying to get them to do anything for me because they've made it painfully obvious that I will get nothing but the run-around.  Needless to say, I will NEVER work with the Nationals again for any reason.I would LOVE to have this statue get out to Chavez Ravine for the next Jackie Robinson Day!  I was there in 2005 and saw Don Newcombe and Rachel Robinson do the ceremony and I would consider it just an amazing honor to have my statue somehow involved in the Dodger ceremony!

They killed the statue. Sad. Thanks Brian for sharing that story. I'm sure you will do a great job in getting the statue back up.
Posted by Roberto Baly at 7:00 AM