Ethier made a visit to the Union Rescue Mission 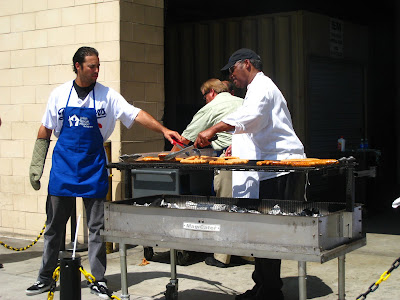 Los Angeles Dodgers Outfielder Andre Ethier made a visit to the Union Rescue Mission today. Ethier visited the Mission to serve food to the poor and homeless. Ethier’s visit resulted in meals for more than 600, including a group of women and children. Dodgers sponsor Farmer John donated Dodger dogs that Ethier helped cooked and serve at the event.

I was able to attend the event and took some pictures. Ethier looked really interested and happy to help out the Mission. He donned his Dodger jersey and started to cook the Dodger Dogs right away. You can tell he's really interested in food. As he would talk to the other volunteers that helped him cook.

Ethier visited Union Rescue Mission last year as well. Over the past year, Ethier has done many things in the community. He recently hosted DodgersWIN yoga on the field at Dodger Stadium, a Carne Asada Sunday event for fans, and a shopping trip at Best Buy for underprivileged children. Last holiday season, Ethier participated in the Dodgers Dream Foundation’s Community Thanksgiving Turkey Giveaway, visited the Weingart Center downtown, participated in the Holiday Caravan, which visited Children’s Hospital Los Angeles, and took part in the Food Network’s “The Chef Jeff Project,” which offers at-risk teens a chance to turn their lives around through culinary arts. He also participated in the 2009 Community Caravan, which visited City of Hope, Fernando R. Ledesma High School in El Monte, and Temple City for a Play Ball LA baseball clinic.

The URM was founded in 1891 and it's one of the largest Missions of it's kind in America. The main object is to bring help and hope to homeless and desperately poor men, women, and children of downtown Los Angeles.

A video that I shot of Ethier cooking Hot Dogs.

The mass media will ALWAYS cover the negative subject or the most talked about story of the moment. Not sure how much media attended to this event, but I didn't see many. I did see a Ch. 7 News Van. You might see something there later this evening. My point is that events like these should always be covered by the media. It's always good to know that athletes like Ethier care about the community and wants to do something about it.

Big thanks to Josh of the Dodgers for giving me a chance to shoot some pictures and a video. 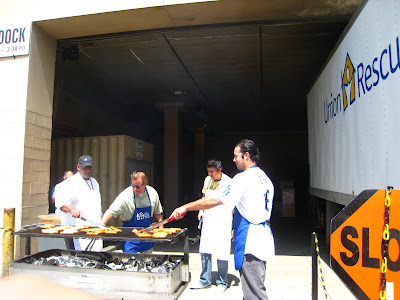 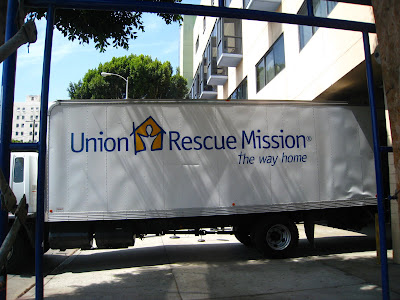 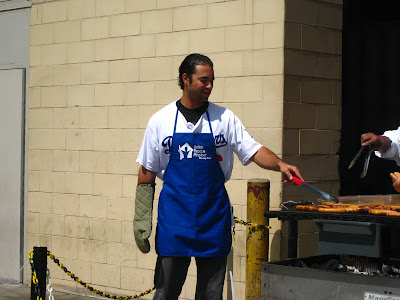 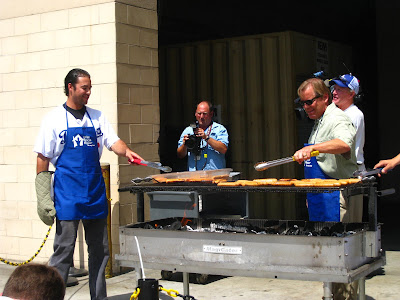 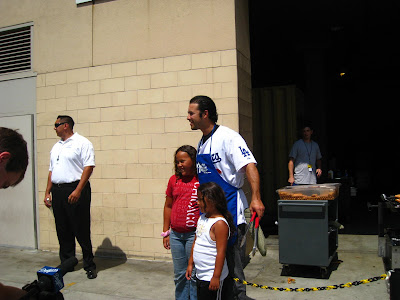 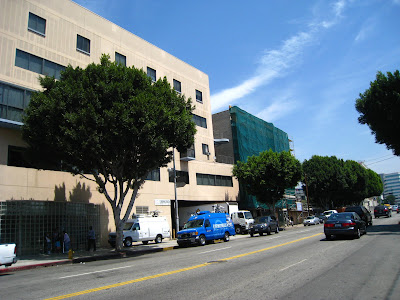 Do you mind if I use the video for my fan page? Ill give you credit for it...

Thanks for the great report Roberto!

I have seen a lot of community events with Andre just going out there to help out and make a lot of kids' days.

That combined with the charity bowling last night, and Pierre and Hudson joining Griffey for promoting baseball with inner-city youth makes fans everywhere proud and happy.

And this is why I love him. He's not just a great baseball player but he's a beautiful person, inside and out.